What is driving the growth of buy now pay later? 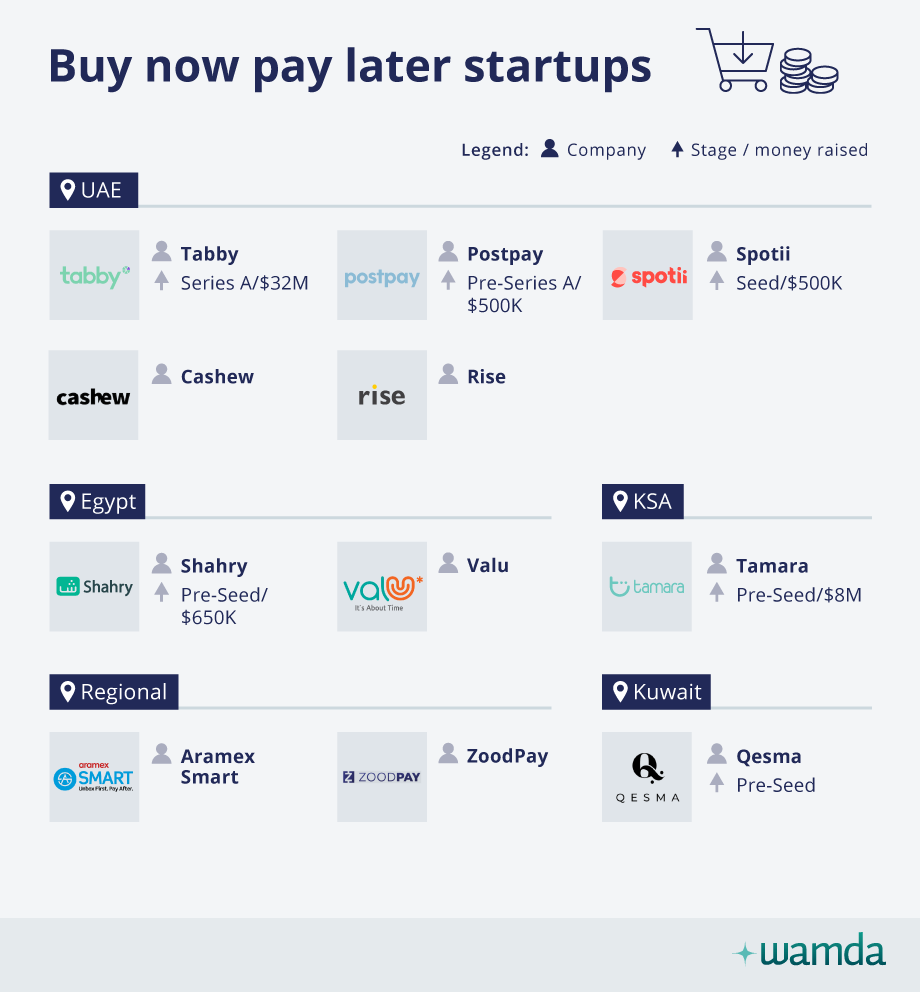 Before the emergence of online shopping, there were shopping catalogues, published and distributed by retailers who offered everything from clothes to household appliances and sometimes even furniture. Shoppers could browse through the pages and order, by mail, the items they wanted. Payments could be made via bank transfer or cheques and in most cases, paying in instalments (usually with some interest or added fee) was also an option.

As e-commerce began to take hold in Europe and the US, these catalogues were eventually replaced by websites, and cheques were shunned in favour of credit cards and digital payment services like PayPal.

Growth in e-commerce is closely aligned with innovation in financial technology (fintech), particularly in digital payments – buying goods online requires one to pay for them online too. The latest innovation in the payments space is the digitisation of paying in instalments, better known now as “buy now pay later” (BNPL), which offers shoppers the option to purchase goods online and pay for them in instalments without the added fees that the catalogues imposed on their customers.

It’s a financial product that has attracted millions in investment around the world, leading to the success of startups like Afterpay, Affirm, Klarna and now even PayPal has launched its own BNPL offering in the US, PayPal in 4.

Hoping to replicate the success of these global players, some 10 new BNPL startups have emerged over the past year across the Middle East and North Africa (Mena), alongside last-mile powerhouse Aramex. It’s a segment of fintech that has benefited from the pandemic, bolstered by the rise of e-commerce and the ongoing uncertainty over financial security among large swathes of the population.

The best funded of these new startups in Mena is UAE-based tabby (part of Wamda’s portfolio of startups), which recently raised $23 million in debt and equity financing for its Series A round, pushing its total investment raised to date to $32 million.

Tabby presents itself as an alternative to cash on delivery (COD), which in many Mena countries remains the mainstay of e-commerce transactions. While COD payments dropped during lockdown when fear of transmission of the coronavirus on surfaces was especially high, it has picked up once again.

The lack of financial inclusion and a lack of trust in paying online is often cited as the reason for COD’s popularity in Mena. As the only part of the value chain that customers can control, they want to receive and touch the product before they pay for it. BNPL allows them to do this, they receive the product and pay for it in small amounts as opposed to a big financial commitment in one online transaction.

“People are becoming comfortable paying by card, but a large portion of customers prefer to pay COD, they want the product first and then pay for it later. Merchants don’t like it, but they feel the need to offer it because that’s what customers want,” says Hosam Arab, founder and CEO of tabby. “With BNPL, you can receive your order first. When you receive it and are satisfied, that’s when you pay.”

BNPL is being touted not only as a solution for COD, but an alternative to credit cards too, something that appeals to the younger generations who are keen to avoid debt.

“I would say BNPL is the antithesis to credit cards,” says Anuscha Iqbal, co-founder and CEO of UAE-based Spotii. “Credit cards and traditional financial products have been modelled entirely on profiting and benefitting from people’s bad behaviour, they rely on high fees and APR [annual percentage rate], they want you to be late [in repayment] so they can charge you the financing cost. BNPL flips that on its head, it’s designed to benefit off of people’s good behaviour.” Spotii recently attracted investment from publicly-listed Australian BNPL company, Zip.

A study from Cardify in the US showed that 80 per cent of users of BNPL are between the ages of 19 and 34, more than 70 per cent are female and 60-65 per cent of users earn less than $50,000 a year. The study also showed that many consumers try BNPL once they’re close to reaching their credit limit, although many could still cover the cost of the purchase upfront if they chose to.

“They don’t want to spend what they don’t have and they’re able to manage their cash in a way that makes sense for them, but they still want everything right now,” says Tariq Sheikh, founder and CEO of Postpay, which is currently raising for its pre-Series A round.

Regionally, the userbase covers all sections of society and income levels who are financing their BNPL transactions primarily through their debit cards according to the startups we spoke to.

“The user skews young, millennials and Generation Z are a large part of it, there is a natural aversion of that generation to credit. Younger millennials saw the excessive cost of debt in the 2008 [financial] crisis, psychologically, there are a lot of negative connotations to credit,” says Iqbal.

To determine the “trustworthiness” of customers and their eligibility, BNPL players assess their credit risk, they analyse their digital footprint from a host of public and private data, including their shopping habits and behaviour, spending power and purchases to determine if they can be trusted to buy now and pay later.

When consumers pay back on time, it increases the frequency of purchases, for the merchants, BNPL helps drive sales according to Arab and increases loyalty and conversion rates by about 20-50 per cent depending on the vertical.

“Merchants have two tools to incentivise customers to buy, the first is discounting,” says Arab. “Generally, you’re not moving the needle much if the discount is below 20 per cent. The next tool is marketing and it won’t work unless you’re investing relatively heavily. Instalments is another way to incentivise sales and that is much, much cheaper.”

BNPL not only help boost sales for merchants, it also improves transaction sizes too. Typical basket sizes for BNPL are Dh200 with the most popular verticals being fashion, beauty and home furnishings.

“The customer is more comfortable spending more money if they can pay it over a longer period of time, it improves loyalty,” says Arab.

Instalment periods can vary between two to three months, all the way up to a year. While merchants foot the bill for BNPL fees, it is not too dissimilar from the processing fees charged by credit cards and banks.

“In addition to the facilitation of payments, the way successful BNPL works is they form a much deeper partnership with merchants. It brings the entire ecosystem up,” says Iqbal. “Everyone is looking to offer online payments and to give consumers the flexibility they’re demanding and looking at ways to enhance customer acquisition and loyalty.”

Postpay requires customers to pay one instalment up front, which reduces return rates to less than 2 per cent according to Sheikh.

“When there is skin in the game for the customer, they are less likely to return the product,” he says.

Following reports of young people racking up debt as a result of BNPL, questions are now being raised over the ethics of the payment option, with calls for regulations in several countries. In the UK, social media influencers have come under fire for promoting BNPL options, particularly Sweden-based Klarna’s services for encouraging young people to spend more money than they have. BNPL’s focus on fashion and beauty suggests they are focusing more on impulse purchases that threaten to push consumers into financial overcommitment, while presenting itself as a consumer-friendly cashflow management tool rather than an interest free loan.

BNPL in Australia, where Afterpay is based, remains unregulated, but the Australian Securities and Investments Commission (ASIC) and a Senate committee forced the sector to introduce a code of conduct to prevent the prospect of tighter government regulation.

There are currently no regulations in Mena specific to BNPL, but in October this year, tabby became the first BNPL startup to operate in the Saudi Arabian Monetary Authority’s (SAMA) regulatory sandbox.

“The regulator has a task to balance the need for growth and innovation while protecting the consumers,” says Iqbal.

The sector is still too small in the region to attract the ire of regulators or even banks for that matter.

“A lot of the banks we’ve spoken to especially the ones that are digitally savvy, they want to figure out how to work with BNPL to bring in another value added service to give to merchants or figure out how to work with BNPL for better customer acquisition,” says Iqbal. “Interestingly they’ve taken a very collaborative approach, maybe they think it’s still small enough space that is not eating into credit card fees.”

Most of the regional BNPL players have also signed up with offline merchants and some have partnered with Visa and Mastercard with the intention to create their own digital payment cards. Over the next few months, we’re likely to see new offerings and services from these BNPL startups to entice customers to sign up.

“The market is big in the region, but it’s not big enough for six, seven or 10 players, in the coming months we will start to see some of the players who have been late to the market fizzle out,” says Shiekh. “The balance is trying to understand how to create value in the market for retailers and customers and making sure we’re sustainable.”