Sex Doesn’t End at 40, and Other Reasons to End Silence About Menopause 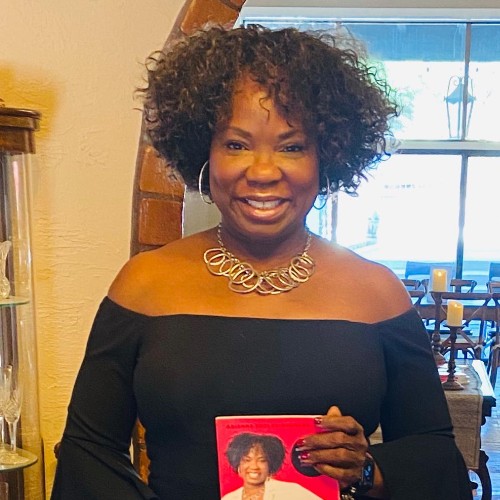 When Gwyneth Paltrow’s Netflix show Goop Lab debuted a few months ago, it garnered plenty of media hate for its pseudoscience and self-promotion. But there’s one important bright spot in the show we should all pay attention to: 90-year-old sex educator Betty Dobson offering advice on sensuality. She’s living proof that sex doesn’t end at menopause—and that’s just one of the powerful lessons our culture needs to learn about post-reproductive years.  Our national silence on menopause has lead to misdiagnoses, mistreatment and needless suffering for millions of women.

On average, women live for about 78 years—of that, only about 15 years fall in the peak reproductive period (25-40).  Most women will spend far longer in the post-reproductive years.  And many know almost nothing about what to expect when those years end. We are ignorant because of chronic misinformation and silence. Our mothers did not typically have the tools to help guide us themselves. When I have surveyed women over the years in my practice less than 5% report That their mother or another significant female figure shared information about the menopausal years.

This shouldn’t be surprising: For most of the 19th and 20th century, women’s body’s and health needs were regarded as less important than men’s.  As researchers at the Brigham and Women’s Hospital reported in 2014, “The science that informs medicine—including the prevention, diagnosis and treatment of disease—routinely fails to consider the crucial impact of sex and gender”

As a gynecologist and author of a book on menopause, I’ve been astounded at the mistreatment of women that results from our culture’s silence on menopause. Just a few examples: Recently, a new 67-year-old patient came to me for severe vaginal dryness and pain with intercourse. She had been seen by at least two other medical providers.  One told her she should simply expect her sex life to suffer as she ages. That’s ridiculous.  Many therapies are available for dryness and pain, either over the counter or by prescription.  Another doctor offered her anti-depressants and sleeping pills.   She needed a doctor who understood menopause. I prescribed a combination of vaginal hormone therapy and CO2 laser tissue rejuvenation.  Three months later, she could resume sexual relations  with her husband and they now report intercourse twice weekly. It has changed their marriage.

I see this all the time.  Women frequently hear that painful intercourse after menopause is all in their head, not an actual medical condition that can be treated

This is true of other symptoms related to menopause as well.  A fifty year old women with newly diagnosed anxiety and heart palpitations is likely to get a psychiatric and cardiology workup, despite the fact that she is experiencing some of the most typical symptoms of estrogen imbalance.

Even me—a 53-year-old gynecologist! I was so steeped in traditional (male) approaches and mindsets in medicine, that when I started feeling irritable, depressed,, had difficulty sleeping and experienced night sweats, I complete overlooked the fact that I was entering perimenopause,  the one-to -eight year period preceding menopause. Once I realized what was happening I treated my symptoms through integrative  approach. I changed my diet, focused on self-care, and eventually started hormone replacement therapy.

But more importantly,  I realized that I was not going crazy.  Within weeks I was feeling better but it was a long journey to begin to understand how my body was actually changing. I realize that if a gynecologist could be this confused about this period in  her life, what must the average woman experience?

Some of this comes from the same shame and silence that has historically surrounded the female body—but it’s even worse for menopause than other conditions.  Every woman knows where to turn if she is contemplating motherhood—sisters, girlfriends, best friends, obstetricians, and thousands and thousands of books. . Yet, of the hundreds of women I’ve talked to about menopause, less than 10% have told me that there were women (or sometimes men) in their lives who described menopause, what it was, or what to expect. With a lack of intergenerational conversations, we will always lack understanding of the unique experiences of women entering this transition.

While the Goop Lab may not survive its savage reviews, I fervently hope that the show’s willingness to explore taboo subjects—including menopause—continues.  But fortunately, we don’t have to depend on Netflix and Paltrow to continue that movement.

Women can change the narrative right now, by starting the conversation with their mothers, sisters, daughters, and yes, even their doctors. Transparent, evidence-based, unbiased healthcare should be the standard of care delivered by our health care professionals not only during a women’s reproductive years but also in the decades that follow.

About the author: Arianna Sholes-Douglas is an OB-GYN and author of The Menopause Myth: What Your Mother, Doctor, And Friends Haven’t Shared About Life After 35