Innovation 4 Impact gets a divine win 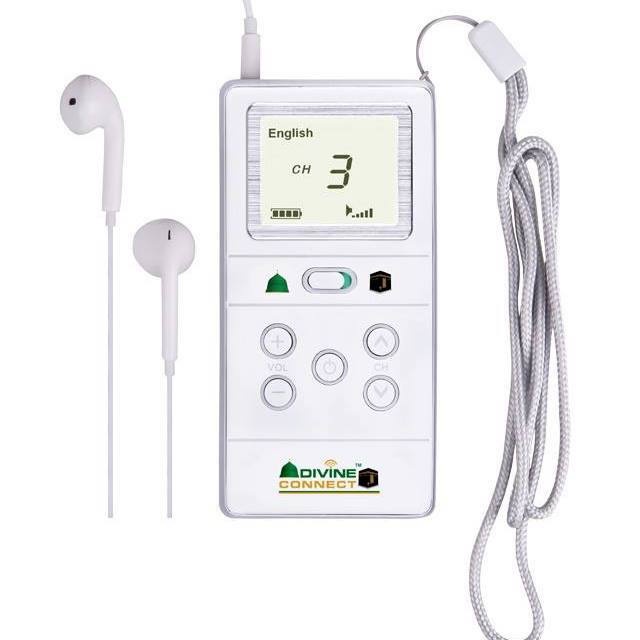 Launched last year, Divine Connect is a translation receiver for pilgrims visiting Masjid al Haram in Mecca and Masjid al Nawabi in Madina during the time of Hajj and Umrah. The device translates the Jumu’ah Khutbah from Arabic into six languages in real time.

Divine Connect was one of five finalists with businesses having an economic and social impact on the Islamic digital economy.

According to the The State of the Global Islamic Economy Report, global Muslim spend across sectors of the Islamic economy surpassed $1.9 trillion in 2015, while the Islamic finance sector has around $2 trillion in assets. Per the Digital Islamic Economy Report Muslim consumer value to the global digital economy was estimated at $107 billion in 2014 and projected to grow at 17 percent compound annual growth rate to $277 billion in 2020.

Mustafa Adil, head of Islamic finance at Thomson Reuters, said the the term ‘Islamic digital economy’ was a “very very broad statement”, however, the internal criteria for selecting finalists was rigid.

“The criteria is that [it could be a] business started by a Muslim, owned by or invested by Muslims or it’s a business that predominantly seeks to address the need of Muslim consumers,” Adil told Wamda.

“We were exposed to so many other speakers in the summit which we would not have [been exposed to] anywhere else because this was specifically contributing to the Islamic digital economy,” said Divine Connect’s president Mohammad Pazhoor after his win. “I had a lot of value addition in this conference and was able to network.”

The selection process for the competition takes a year and includes a coaching and mentorship program. Adil told Wamda that this year, there was an 80 percent increase in applications with the competition receiving more than 250 applications from 40 countries. The final winner was chosen by a combination of  votes of the audience and the judging panel.

“When you look at the digital Islamic economy, the ecosystem to support entrepreneurs in the space is very limited,” Adil said. “[It is looked] at as the natural slimming down of the market size… there are perceptions that Muslims are less sophisticated when it comes to internet penetration [and] social media penetration, which are not true.

“What we’re trying to do [with Innovation 4 Impact] is share successful initiatives, share successful stories, and build a bridge between the entrepreneurship community and the investment community in a way they’ve not really looked at in this part of the world…we are trying play a facilitative role,” Adil said.

Well known media personality and CEO of ARAM TV, Ahmad Al Shugairi was among the judges at the competition. He said the key to the success of the Islamic economy is  “not preaching but [offering] actual solutions to worldwide problems”.

“The seed of the idea should come come from people who are passionate about creativity but are proud of their culture [and] heritage,” Al Shugairi explained. “When we start creating products from our region, it will come with our values, naturally. The more we get things from here, the more we can expand our principles and values worldwide.”

Thomson Reuters and Dubai Silicon Oasis Authority were the primary sponsors of the event with support from Dubai Technology Entrepreneurship Cente as well as the American Muslim Consumer Consortium (AMCC).