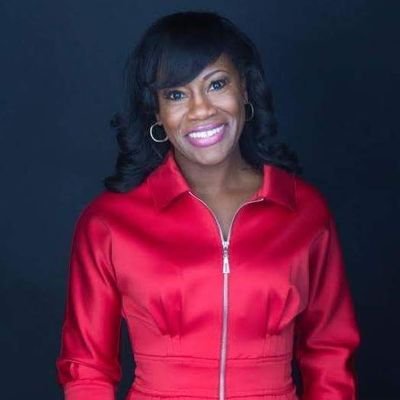 Shaine Garcia was planning for a vaginal delivery of her second child, a son, she wanted to name Grayson. She attended childbirth classes with her partner, Colton. They toured the hospital, planned the one-hour long drive from the Native reservation in Pueblo de Acoma, New Mexico where they live to the hospital in Albuquerque where she planned to deliver. Despite her first C-section with her daughter three years ago, she was confident this time could be the birth experience she wanted.

But as the Corona virus pandemic widened and hospitals began to increase restrictions on visitors, Garcia and her partner grew anxious about having no support at the hospital, so under severe pressure she decided to have an elective C-section just days before her due date.

“The knowledge that my support team would be so severely impacted completely coerced me into a decision I did not want to make,” Garcia said. “It would have been a drastically different decision and experience without these limitations on labor and delivery,” she added.

Like Garcia, so many women and birthing persons are seeing their birth and breastfeeding plans upended by the current spate of drastic policy changes at birthing hospitals across the U.S.

Doulas, who are recognized as essential health care personnel for birthing persons by several prominent medical organizations, are suddenly being deemed “visitors” by hospital administration and banned from attending births or entering hospitals. Immediately after birth, breastfeeding mothers are being separated from their babies, often without a medical reason.

And in the most drastic move, two hospital systems in New York City, New York Presbyterian and Mount Sinai Health System, announced this week that no one could be in the hospital with a laboring person—not even a spouse or partner.  That decision affects 21 hospitals in the greater New York City area; no mention of what that means for surrogate or adopting parents.

Women across the country are panic shopping doulas and midwives for home births and desperately calling birthing centers, overwhelming people and systems that are built on relationship-building during the pregnancy period, not last minute additions. Others are planning to travel across state lines where there may be more birthing center options or available home birth midwives. Mothers, many who didn’t have support to breastfeed or were told it didn’t matter, are now desperately searching for resources on how to re-lactate. All of it is frightening.

Covid-19 is indeed a global public health crises, but it is rapidly turning into a maternal and infant health catastrophe.

Let’s be clear, the failure of a timely and effective response from the federal government has dangerous and deadly trickle down impacts. And while it is certainly understandable that we are in unprecedented and uncertain times and the need for an abundance of caution is clear when dealing with a novel virus, the reality and repercussions of hundreds of thousands of women going into birth alone within an already overstretched medical system, that has often failed to honor the bodily autonomy of women, is beyond troubling. Obstetric violence is on the rise and a recent study by the Birthplace Lab found that, overall, one in six women, regardless of race experience mistreatment by healthcare providers during birth, have experienced it.

To make matters worse, Black and Native women stand to lose the most by this unprecedented and perhaps unnecessary suppression of birthing rights.  “Among mothers with low socioeconomic status, 18.7 per cent of white women reported mistreatment compared to 27.2 per cent of women of color. Indigenous women were the most likely to report experiencing at least one form of mistreatment by health-care providers during birth, followed by Black and Hispanic women,” says the Giving Voice to Mothers study.

The presence of doulas has been proven to improve birth outcomes for black women—who have the greatest risk for perinatal complications and, according to the CDC, are two to three times more likely to die during or after childbirth. In New York City, where doulas are being summarily dismissed, the Black maternal mortality rate is twelve times that of white women. Twelve!

Black breastfeeding rates are also threatened. Peer-based programs that have helped increase breastfeeding rates among black women—from WIC peer counselors to local breastfeeding “clubs” like those created by the Black Mothers Breastfeeding Association in Detroit—must be shut down due to necessary physical distancing. Birth and breastfeeding research illustrates that Black and Latina women do better with social support, including actively engaging male partners and extended family members, including grandparents. History tells us that when breastfeeding in the black community is disrupted systemically, there are lasting impacts.

“We know that the peer model, especially those rooted in community and culture, work best for black women,” says Kiddada Green, the founding executive director of BMBFA, whose club model can be licensed for use and is currently being replicated in three states. “Like others, we have quickly transitioned to a virtual model, but the impact of an abrupt suspension of in-person support to sustained breastfeeding rates among black women remains to be seen,” adds Green, a co-founder of Black Breastfeeding Week, who says the club has run without interruption in Detroit for 12 years.

Physicians who are not properly trained in lactation management are now making broad stroke decisions, unnecessarily separating mothers and infants with no symptoms, while ignoring the World Health Organization’s recent guidelines for breastfeeding with Covid-19 (keep breastfeeding with protection) and disrupting the mother-baby dyad at its most vulnerable and critical time. Earlier this week the WHO announced any interruption of breastfeeding may actually increase the infant’s risk of becoming ill.

It needs to be clearly and repeatedly said that healthcare systems and professionals impeding breastfeeding while people are panic buying infant formula which is increasingly in scarce supply, is dangerous and short-sighted.

“Breastfeeding is the safest most reliable way of feeding infants in an emergency,” says Dr. Melissa Bartick, Assistant Professor of Medicine at Harvard Medical School, who has conducted groundbreaking research on breastfeeding’s impact on infant health.

“We need to do everything possible to promote and prolong breastfeeding because it will protect infants and because there are shortages of formula in many places. We are nearly at the point of looking to help moms re-lactate who have stopped breastfeeding, especially where formula supplies are very scarce. So anything we can do to keep breastfeeding going is important,” Bartick notes.

Additionally, no one is talking about the mental well-being and birth trauma of mothers and infants and what we will need to have in place to recover from this. The sudden jolt and surge of anxiety will certainly impact pre-term birth rates, C-section rates will soar and postpartum depression is likely to rise.

Black mothers and other women of color, who are in the paid workforce at higher rates than white women, often rely on parents and grandparents as caregivers—creating a perfect disastrous storm now as older people are more vulnerable to the virus and need to be isolated, just as financial pressure intensifies as the economy tanks and job losses increase. There is an emotional and physical toll here.

In my work building IRTH, the first digital platform to identify and address experiences of bias and racism in maternal and infant healthcare, I see and hear from Black women and birthing people of color who write heart-wrenching experiences of being dismissed, that their pain levels are ignored and are receiving general substandard care in hospital systems with normal capacity. I can only imagine how the stresses of the pandemic are exacerbating issues of unconscious bias, stereotypes, control and perceived compliance. Incidences of racism and bias in care will only get worse.

While this pandemic will end, the trauma will linger—it embeds in our DNA and impacts future generations, including that generations’ birth outcomes.

Meanwhile, as this pandemic lays bare the many gaping flaws in our healthcare system, we are forced to reckon with the root cause of this present crisis: the medicalization of birth along with the subsequent criminalization of midwives. The fact that women were forced into hospitals to deliver, when birth is not a medical event, is now reaping grave consequences for us all. To be clear, most births do not need to occur in a hospital setting. In fact, in almost every other industrialized nation in the world, women do not give birth with doctors and are not in an official hospital setting at all, unless there are complications or a medical necessity. The question we should be asking now is, why are we?

At a time when the healthcare system is overly stretched, and the world is already at heightened anxiety, mothers need the people they were relying on to support them through their births. Remember, it was the hospitals who told us and sold us on the idea that home births weren’t “safe” and now that we have become dependent on them—they still make the rules—no matter the impact.

“What we have right now are a set of bad options, including no legal basis for having someone with you at childbirth and a hospital system that has historically prioritized protecting itself (and avoiding liability) over the needs of women and birthing people,” explains Indra Lusero, a reproductive justice attorney at National Advocates for Pregnant Women (NAPW).

We must do better. We need immediate accommodations such as video conferencing with doulas and other “virtual” support and tele-health options (Many doulas and lactation consultants are now offering virtual services).

We must decriminalize midwives immediately, especially home birth midwives, in all states and increase access to community childbirth centers. That should also include using all certifications of midwives to create temporary “birthing centers” in locations outside of the hospital for those who don’t have complications (Dutch midwives have set up birthing rooms in hotels to free up hospitals for only those who need obstetric care). There is so much that can be done.

Make no mistake, there will be a price to pay. At some point, our lives will return to some variant of normal, albeit different. But the trajectory of birth and breastfeeding outcomes could be dramatically altered and possibly irreparably damaged if we don’t act now.

For those of us who care about maternal and infant health, intentional restorative work lies ahead—which includes more perinatal mental health awareness and earnest attention to those working outside the systems and structures that have consistently failed all women, and black women in particular. Organizations like the Black Mamas Matter Alliance, the National Association of Professional and Peer Lactation Supporters of Color (NAPPLSC), and the National Association to Advance Black Birth (NAABB), along with events such as Black Breastfeeding Week will need our support like never before, including Latina and Native coalitions, groups and events. The work of legalizing midwives in all states and making birthing centers an option for every woman requires our intense policy and advocacy efforts. Any national, state or local emergency preparedness planning, anywhere, must always include pregnant and birthing people. This should be basic. It must be.

It will be up to us to ensure that Covid-19 is not calamitous to mothers and babies and that the damage already done is never repeated.

Kimberly Seals Allers in an award-winning journalist, nationally recognized maternal and infant health advocate and an international public speaker. The former editorial director of the Black Maternal Health Project at Women’s eNews, Kimberly is also founder of The Irth App, a digital rating and review platform that addresses bias in healthcare interaction, and the author of five books, including The Big Letdown—How Medicine Big Business and Feminism Undermine Breastfeeding.Follow her at @iamKSealsAllers on Instagram and Twitter. Learn more at KimberlySealsAllers.com