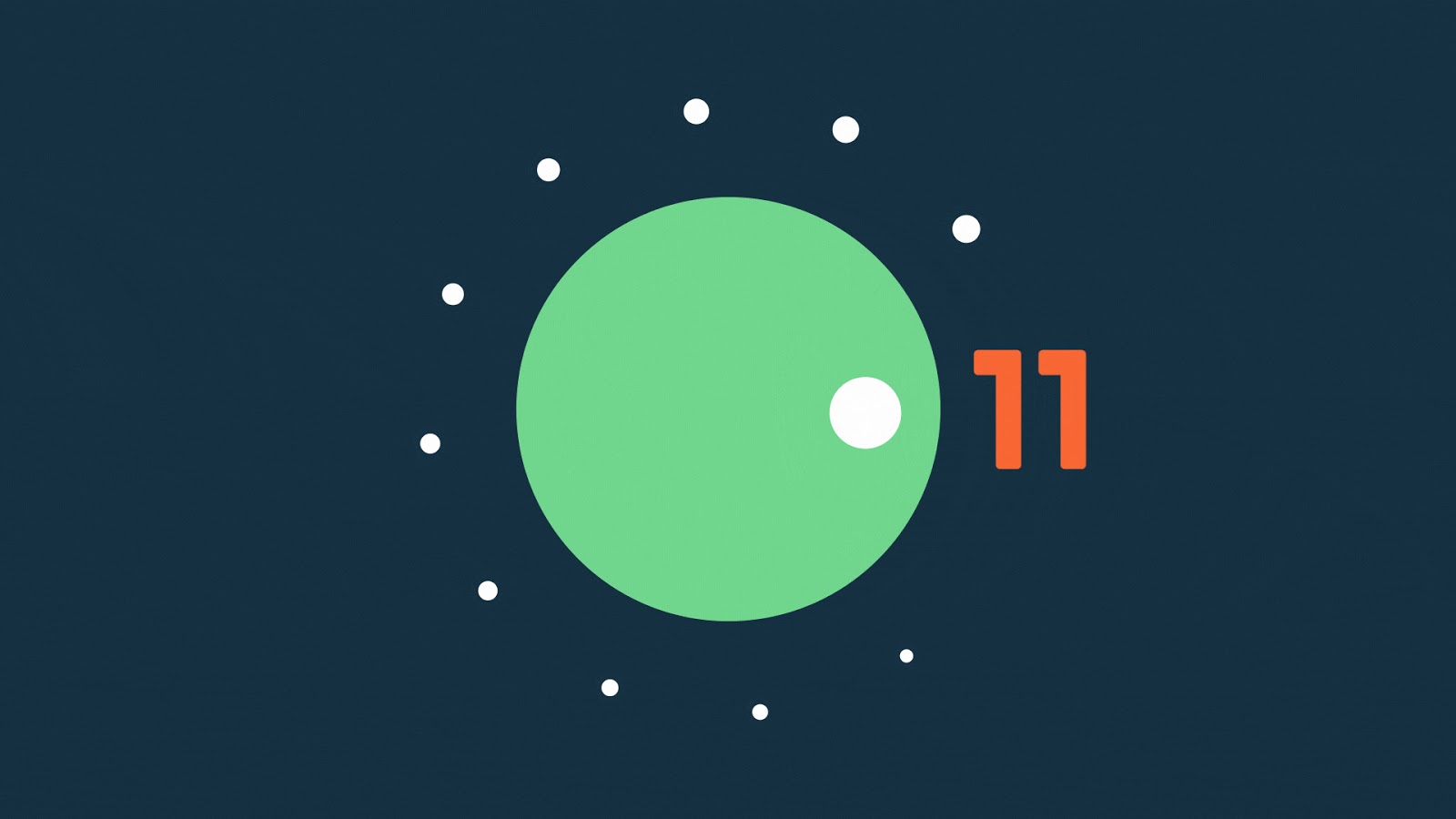 It’s been a difficult few months for many around the world. The Android team at Google is a global one, and we, like many of you, are learning how to adapt to these extraordinary times. We want to thank you, our developer community, who have given us valuable feedback on Android 11 amidst these circumstances. We hope you, your families and colleagues are all staying well.

Just as many of you are trying to press on with work where possible, we wanted to share the next milestone release of Android 11 for you to try. It’s still an early build, but you can start to see how the OS is enabling new experiences in this release, from seamless 5G connectivity to wrapping your UI around the latest screens, to a smarter keyboard and faster messaging experience.

There’s a lot to check out in Developer Preview 2 - read on for a few highlights and visit the Android 11 developer site for details. Today’s release is for developers only and not intended for daily or consumer use, so we’re making it available by manual download and flash only for Pixel 2, 3, 3a, or 4 devices. To make flashing a bit easier, you can optionally get today’s release from the Android Flash Tool. For those already running Developer Preview 1 or 1.1, we’re also offering an over-the-air (OTA) update to today’s release.

Let us know what you think, and thank you to everyone who has shared such great feedback so far.

5G state API - DP2 adds a 5G state API to let you quickly check whether the user is currently on a 5G New Radio or Non-Standalone network. You can use this to highlight your app’s 5G experience or branding when the user is connected. You can use this API together with the 5G dynamic meteredness API and bandwidth estimator API, as well as existing connectivity APIs, to take advantage of 5G’s improved speeds and latency.

Hinge angle for foldables - A top request for foldable devices has been an API to get the angle of the device screen surfaces. Android 11 now supports a hinge angle sensor that lets apps query directly or through a new AndroidX API for the precise hinge angle, to create adaptive experiences for foldables.

Call screening service improvements - To help users manage robocalls, we’re adding new APIs to let call-screening apps do more to help users. In addition to verifying an incoming call’s STIR/SHAKEN status (standards that protect against caller ID spoofing) as part of its call details, call-screening apps can report a call rejection reason. Apps can also customize a system-provided post call screen to let users perform actions such as marking a call as spam or adding to contacts. We’ll have more to share on this soon.

New ops and controls in Neural Networks API - Activation functions control the output of nodes within a neural network. At Google AI, we discovered a swish activation function allowing for faster training time and higher accuracy across a wide variety of tasks. In Android 11, we’re adding a computationally efficient version of this function, the hard-swish op. This is key to accelerating next-generation on-device vision models such as MobileNetV3 which forms the base model for many transfer learning use cases. Another major addition is the Control ops enabling more advanced machine learning models that support branching and loops. Finally, we’ve also added new execution controls to help you minimize latency for common use cases: Asynchronous Command Queue APIs reduce the overhead when running small chained models. See the NDK sample code for examples using these new APIs.

We’re adding several more features to help keep users secure and increase transparency and control. Give these a try with your apps right away and let us know what you think.

Foreground service types for camera and microphone - in Android 10 we introduced the manifest attribute foregroundServiceType as a way to help ensure more accountability for specific use-cases. Initially apps could choose from “location” and several others. Now in Android 11 we’re adding two new types - “camera” and “microphone”. If your app wants to access camera or mic data from a foreground service, you need to add the foregroundServiceType value to your manifest.

Scoped storage updates- We’re continuing to iterate on our work to better protect app and user data on external storage. In this release we’ve made further improvements and changes, such as support to migrate files from the legacy model to the new scoped storage model, and better management of cached files. Read more here and watch for more enhancements in subsequent updates.

Read more about these and other Android 11 privacy features here.

Synchronized IME transitions - A new set of APIs let you synchronize your app’s content with the IME (input method editor, aka soft keyboard) and system bars as they animate on and offscreen, making it much easier to create natural, intuitive and jank-free IME transitions. For frame-perfect transitions, a new insets animation listener notifies apps of per-frame changes to insets while the system bars or the IME animate. Additionally, apps can take control of the IME and system bar transitions through the WindowInsetsAnimationController API. For example, app-driven IME experiences let apps control the IME in response to overscrolling the app UI. Give these new IME transitions a try and let us know what other transitions are important to you.

Resume on reboot - Android 11 improves the experience of scheduled overnight over-the-air software updates. Like in previous versions of Android, the device must still reboot to apply the OTA update, but with resume on reboot, apps are now able to access Credential Encrypted (CE) storage after the OTA reboot, without the user unlocking the device. This means apps can resume normal function and receive messages right away - important since OTA updates can be scheduled overnight while the device might be unattended. Apps can still support Direct Boot to access Device Encrypted (DE) immediately after all types of reboot. Give resume on reboot a try by tapping “Restart after 2AM” with your next Developer Preview OTA update, more details here.

We’re working to make updates faster and smoother by prioritizing app compatibility as we roll out new platform versions. In Android 11 we’ve added new processes, tools, and release milestones to minimize the impact of platform updates and make them easier for developers.

With Developer Preview 2, we’re well into the release and getting closer to Beta. so now is the time to start your compatibility testing and identify any work you’ll need to do. We recommend doing the work early, so you can release a compatible update by Android 11 Beta 1. This lets you get feedback from the larger group of Android 11 Beta users.

When we reach Platform Stability, system behaviors, non-SDK greylists, and APIs are finalized. At this time, plan on doing your final compatibility testing and releasing your fully compatible app, SDK, or library as soon as possible so that it is ready for the final Android 11 release. More on the timeline for developers is here.

You can start compatibility testing on a Pixel 2, 3, 3a, or 4 device, or you can use the Android Emulator. Just flash the latest build, install your current production app, and test all of the user flows. There’s no need to change the app’s targetSdkVersion at this time. Make sure to review the behavior changes that could affect your app and test for impacts.

To help you with testing, we’ve made many of the breaking changes toggleable, so you can force-enable or disable them individually from Developer options or adb. Check out the details here. Also see the greylists of restricted non-SDK interfaces, which can also be enabled/disabled.

Get started with Android 11

Developer Preview has everything you need to try the Android 11 features, test your apps, and give us feedback. Just download and flash a device system image to a Pixel 2 / 2 XL, Pixel 3 / 3 XL, Pixel 3a / 3a XL, or Pixel 4 / 4 XL device, or set up the Android Emulator through Android Studio. Next, update your Android Studio environment with the Android 11 Preview SDK and tools, see the set up guide for details.

As always, your feedback is crucial, so please continue to let us know what you think — the sooner we hear from you, the more of your feedback we can integrate. When you find issues, please report them here.