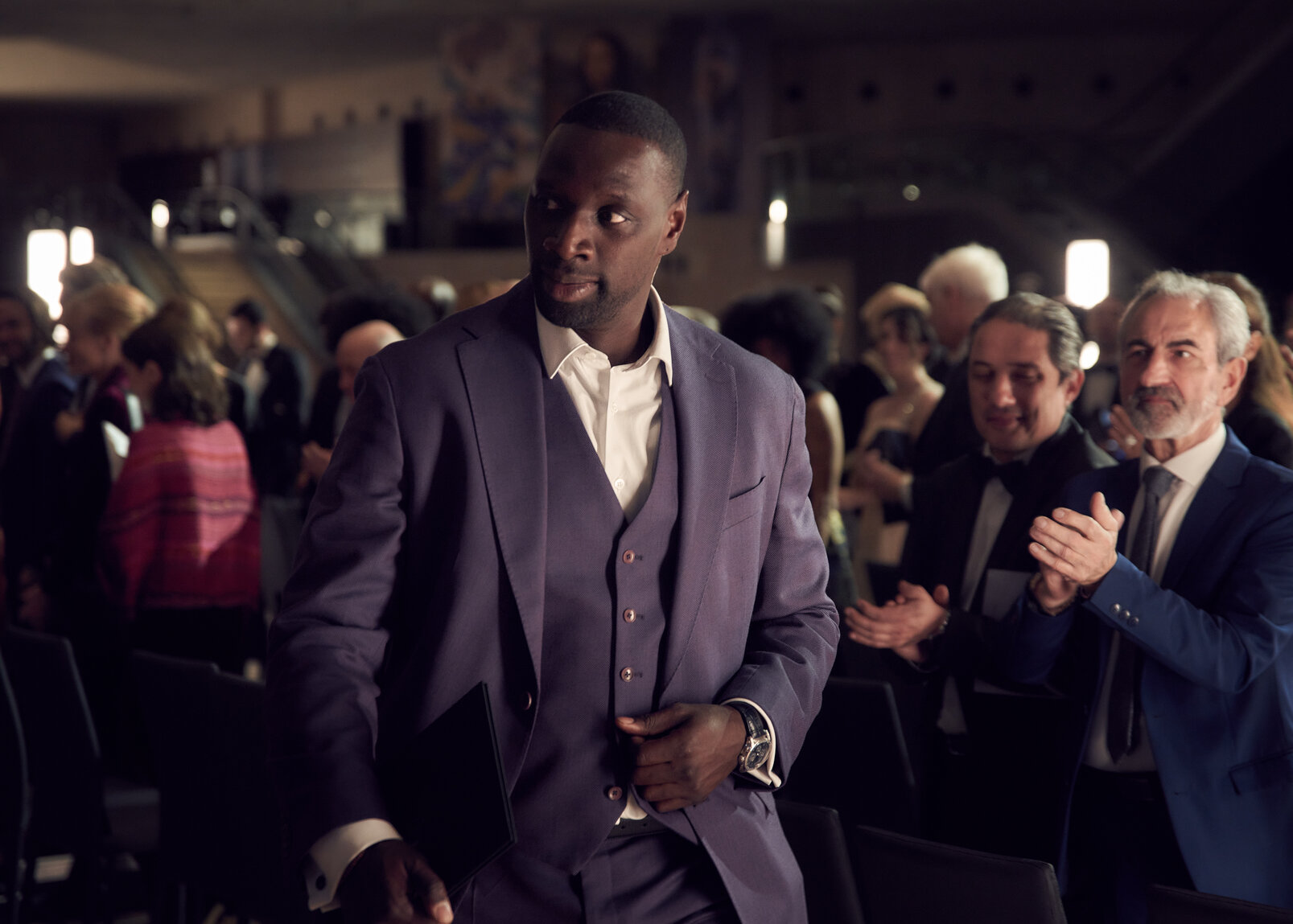 One of the most-watched shows on Netflix right now is a stylish new drama series from France, about a gentleman thief that's on its way to besting a record just recently set by the Netflix period drama from Shondaland, Bridgerton. Lupin, released on Netflix earlier this month, is about a gentleman thief who you can picture as a kind of reverse James Bond -- a suave, debonair ladies' man-of-a-thief who is a master of disguise and of blending into any environment. He does so with considerable ease, and often in the open, right in front of the eyes of his prey. He tells one group of thugs who he lets beat him up right before he turns the tables on them: "You saw me, but you didn't look at me," as they then regard him in a new light, stunned at how quickly he overpowers them.

Actor Omar Sy, who plays Lupin's main character Assane Diop (the son of an immigrant from Senegal), recently took that catchphrase into the real world, donning a coronavirus face mask which effectively hid his identity as he installed a posted for the Netflix series at the Palais Royal-Musée du Louvre metro station in Paris. Sy watched pedestrians walk by with a Lupin-esque twinkle in his eye.

END_OF_DOCUMENT_TOKEN_TO_BE_REPLACED

Leading man Omar Sy makes ‘Lupin’ one of Netflix’s best new binge-watches originally appeared on BGR.com on Tue, 19 Jan 2021 at 21:23:42 EDT. Please see our terms for use of feeds.