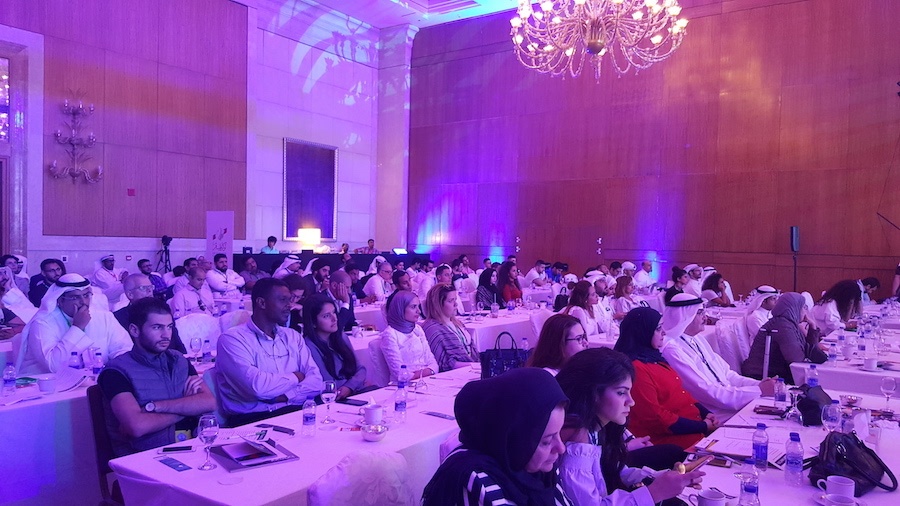 Entrepreneurship is a top priority for Kuwait’s power brokers who are spending a lot of money on developing an ecosystem, yet only a handful of local entrepreneurs showed up to the city’s first Arabnet conference.

The event, held over October 4-5, drew around 500 people, with a high number of exhibitors coming from Cairo and Lebanon. The exhibition featured around ten startups, less than half of them were from Kuwait.

Kuwait is focusing on entrepreneurship as a way to diversify its economy, a need that has been emphasized by the drop in oil prices since 2014, which caused a $15 billion drop in government revenue in the 2015 fiscal year. Kuwait relies on oil for 93.6 percent of its income.

The country launched a 2 billion Kuwaiti dinar fund (US$6.6 billion) to support small and medium enterprises, developed the Nuwait platform to raise awareness and has been very conscious of supporting entrepreneurs.

Things are looking up. BECO Capital CEO Dany Farha said during a panel on attracting foreign investment the past ten years were proof that the business environment in Kuwait and the GCC was relying less on traditional sectors and more on tech.

“The top companies were mainly banks and oil,” said Farha. “Now, the pipeline of IPOs for 2015 and 2014 is really healthy in tech.”

Money was on people’s minds

With the basic startup infrastructure in place, Kuwait companies are now beginning to attract investors.

But this has uncovered a problem area the government hadn’t been able to fix yet, of regulation, said BECO Capital CEO Dany Farha in a panel on attracting foreign investment.

“We made our first investment in Kuwait, it was painful. It took us 6 months to do it,” Farha said. “We can get it done but policies are important.”

Farha asked the government to create a bankruptcy law and apply the ‘prudent man’ rule to protect investors from shady, risky or poor investments.

The UAE recently passed a bankruptcy law they hoped would encourage foreign investments and ease of business.

“These are two elements that helped the US become a better place for businesses,” said Farha.

Arzan VC partner Hasan Zainal on the other hand saw a different need, for large corporations to start getting involved.

“There is a lot exits [in the US] because Google, Apple and Facebook acquire a lot of startups,” he told Wamda. “Why don’t Zain and others acquire startups and work with them instead of competing with them?”

In a rich country, what do entrepreneurs really need?

In a country that has 10 percent of the world’s oil reserves and with GDP of $73,246 dollars per capita, fundraising may not always matter in the early stages of a business.

Yet once startups grow and become profitable and start seeking bigger investments, Wamda has noted that many founders get stuck in the first seed round and can’t find follow-on funding.“Founders need to do their due diligence before approaching us,” said Zainal.

And if you managed to get too much money, Middle East Venture Partners managing partner Ihsan Jawad thinks “you might spend it in the wrong places”.

Arabnet tackled Kuwait’s digital entrepreneurship, discussing the period that came after the launch of the National Fund for SME Development, which spurred the launch of other smaller support groups like coworking spaces, incubators and accelerators.