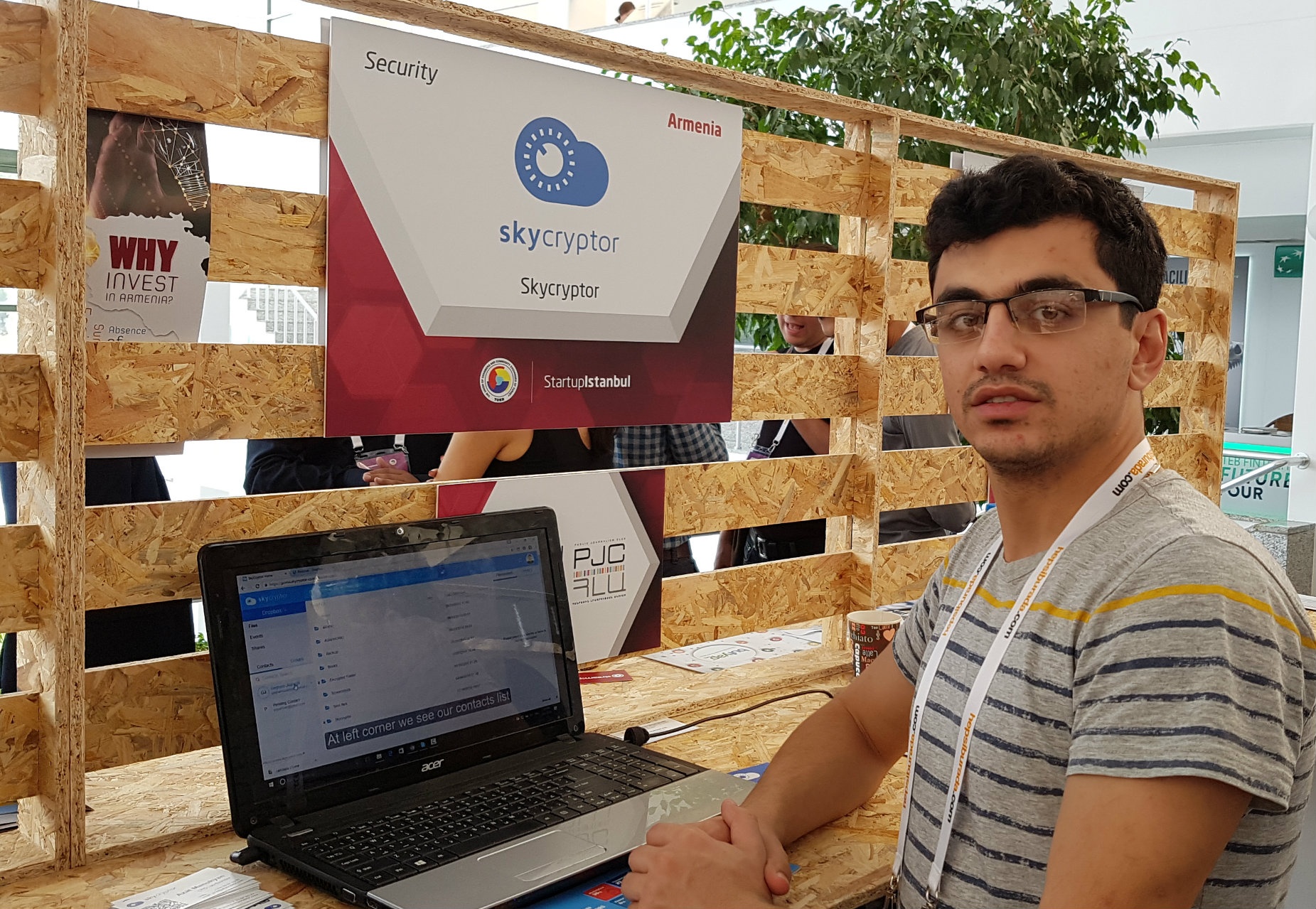 From keynote speeches to chatter at the booths, Startup Istanbul was an expo not only for Turkey’s startup prowess, but for its stability.

And it seemed to work.

The event drew more than 4,000 people from 63 countries - including one that hasn’t had diplomatic relations with Turkey for more than 20 years.

That would be Armenia, a landlocked country of just three million people - not even a quarter of Istanbul’s population.

But 10 Armenian companies participated for the first time in the event’s startup challenge. They’re part of a relatively small number of Armenian citizens who’ve gone to Turkey for business since the borders shut in 1993. But there’s a slow-growing thaw, led by so-called normalization programs.

At Startup Istanbul, held over October 6-10, such efforts were represented by a consortium of Turkish and Armenian NGOs who have supported an exchange of entrepreneurs since 2014.

Seda Muradyan, director of Armenia’s Public Journalism Club, says their exchange is the first to focus on technology. Online, she says, “cooperation can happen, even if physically your borders are sealed”.

Both sides immediately found things to like about the other’s startup ecosystem during their visits. Cansu Sarac from Turkey’s TEPAV foundation told Wamda: “It was so impressive to see young [Armenians] from 15-18 [years old] for example, after school, they just go develop their own ideas.... In Turkey, startups need to finish university to actually start building their ideas.”

Startup Istanbul hosted the bulk of its events at Istanbul Technical University (ITU), in the skyscraper-filled Maslak neighborhood. For the final day it moved to the nearby Volkswagen Arena. With music booming, no water bottles allowed, and well-dressed entrepreneurs and tech students darting through the venue, it could have been a concert - albeit one attended directly after work.

Among the crowds were the two Armenian startups who made it to the challenge’s top 50. For both Aram Jivanyan and Flora Babajanyan, it was the biggest expo they’ve pitched, and their first time in Turkey.

Jivanyan, 28, made it to the final 15 with his pitch for Skycryptor, a cross-cloud encryption service. He pitched on the final day to around 3,000 people. Jivanyan says the number of venture funds and startups were a clear sign of the Turkish ecosystem’s development.

“Turkey’s internal market is huge enough you can promote startups to grow here, just concentrate on local market. In Armenia, the market is small, you should go global,” he said.

Flora Babajanyan’s pitch for Earlyone, a mobile queue management system, didn’t make the final cut. That gave her more time to experience the peculiarity of networking as an Armenian in Turkey.

“When [they asked], ‘Where are you from?’ and I’m saying proudly that I’m from Armenia… they actually at first don’t know what to say,” she said. After that brief moment of surprise there was often a friendly chat about politics along with the business.

In line for her mentorship session, Babajanyan found herself talking about not just Earlyone’s partner network commitment from Microsoft, but also events from a century ago.

She says she even heard acknowledgement of the Armenian genocide  - a description strongly disputed by many Turks, along with their government. Before she left Armenia she got mixed reactions about coming to Turkey. But after several days in Istanbul, Babajanyan says, “I really see that these people are not enemies.”

But a positive impression of Turkey doesn’t necessarily translate into investment. Jivanyan, who made it to the finals, says he is open to it.

Babajanyan is more wary, despite the interest she said she received at the event. Not all Armenian entrepreneurs support normalization, and she says some are influential in Armenia’s IT market. Better to come back later and look at Turkey as part of wider international investment.

For the Armenian organizers, the important thing is to encourage young entrepreneurs not to shun international opportunities, just because they take place in Turkey.

“We want them to think like business people…. Even if they do have their own opinion about the past, it doesn’t stop them to be part of this international event,” Muradyan said.

For the Armenians, the journey was a victory.

“The fact that an Armenian startup was a finalist will inspire many young people in Armenia, and with such a success story we want to encourage more interactions [with Turkey]," Muradyan told Wamda after the event.