Nestrom and how to feed the next two billion 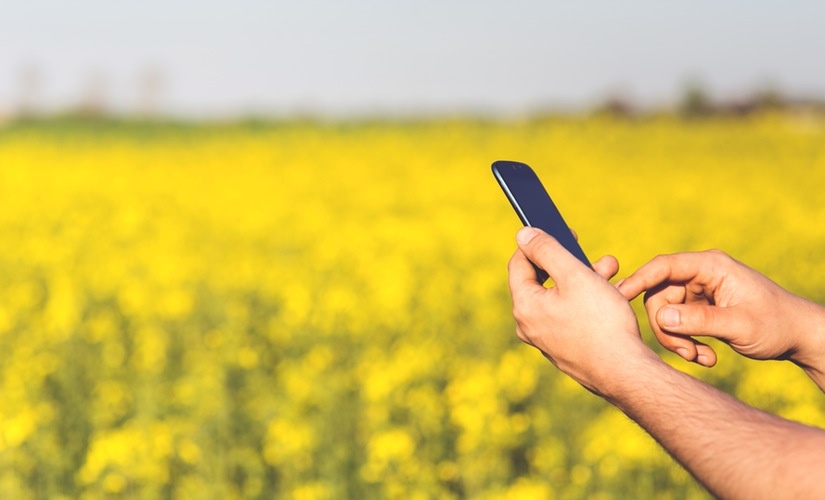 Over half a century ago, the introduction of pesticides and modified irrigation systems helped save one billion people from famine, producing food for an increasing world population.

However, what was then an unprecedented innovation, is now insufficient to feed the increasing levels of global hunger.

It is estimated by the Food and Agricultural Organization (FAO) that by 2050, an extra two billion people will need to be fed. That would require raising the overall food production by around 70 percent between 2005-07 and 2050. Production in the developing countries would need to almost double, according to the report.

Yousef Wadi is among the many global entrepreneurs who have taken on the challenge of innovating agriculture. Wadi is the founder of Nestrom, an agri-tech IoT management system that automates the monitoring of farms in order to maximize the yield, efficiency and profitability of production.

“The only way we are going to [exponentially raise food production] is through hydroponics and aeroponics which unfortunately cannot do everything because many crops don't respond... so we need to make our farms more efficient,” said Wadi. Urgency and relevance were the most important factors in identifying which markets to tap into, he added.

Since his resignation from Arabia Weather in July, Wadi has been developing Nestrom to facilitate smart farm management through precision farming.

The idea is based on the importance of collecting and analyzing data around the variables affecting crop yields in order to improve production.

“I chose something that the market obviously requires, needs and is understood by the client,” he said.

The system works through positioning a number of sensors across a farm that pick up information from the soil and air, such as salinity, moisturization and pH. This data is then collected and dumped at the nearest internet point, where it is shared on the cloud and sent to the farmer through their phone or laptop.

For example, Nestrom would allow farmers to identify which pipes are blocked and quickly fix them. The technology would also be used to discover which areas need better irrigation. Trends derived from this data hope to eventually reduce human error and increase productivity with minimal time and resources.

After Wadi and his cofounders Zaid Farekh and Kanaan Manasrah had spent four months developing their product, they were taken aback by Verizon’s release of a similar product.

“We couldn’t have predicted it because there was no PR, no one was talking about it,” said Wadi. But the news did not demotivate the founders. Instead, it helped them to validate their own work.

“We now know we were not wrong to build [Nestrom]...,” said Wadi, confirming that his business is catering to a massive market.

The company follows a B2B model, targeting farm management companies. “There are many agricultural companies that eventually will require this technology. If they don’t have it in-house, they will soon acquire it,” he said.

Benefits of technology in farming

Although Wadi is looking to bigger MENA markets such as the GCC and Turkey to tap into, he recently signed an agreement with Jordanian date farm Medjool Village to test his product.

“Incorporating technology into the farming sector is important because it gives us accurate details and results about irrigation and soil… which in turn, minimizes errors in improving the produce,” said Medjool Village farm manager Yazan Nabulsi.

Before introducing Nestrom into his project, Nabulsi usually monitored the quality of the soil and other important factors by employing a third party company that made manual measurements, and returned with the results two days later. With Nestrom, the data is updated automatically and is provided in realtime.

Big farms require customized care to different sections of the land as each section possesses different qualities such as soil salinity. The data processed by IoT on Nestrom will allow Nabulsi and others to differentiate between the needs of each sector.

Omar Gammoh, owner of Gammoh Dates Farm, believes that introducing automation is important in reducing human error. He sites the death of several trees at his farm due to the inconsistencies of the farmers, which would not be a problem with automation.

Technology’s role in agriculture is not limited to management and monitoring but can be extended to the act of farming. Examples of this include Jordanian Abdel Rahman Alzorgan’s invention of an integrated automatic irrigation system that protects crops against frost. Other examples include farming machine Farmbot and Japan’s first robot run farm.

“Farms are becoming more like factories: tightly controlled operations for turning out reliable products, immune as far as possible from the [fluctuations] of nature,” a 2016 Economist report noted.

While replacing humans with machines is a controversial topic, the farmer’s intuition and old machinery are no longer sufficient in the face of this century’s increasing demand for food.