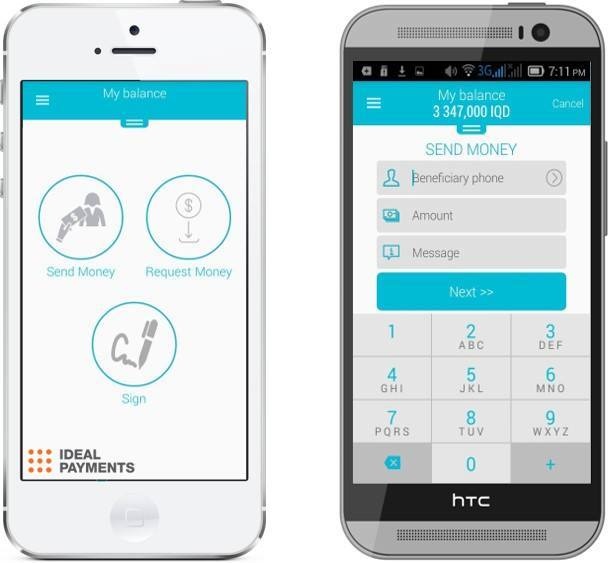 In a country that is massively lacking in fintech options for the largely unbanked population, options like his Taif Ewallet, built for the least tech savvy of people, could open up a world of possibility to those looking to join the digital economy.

They are not the only fintech service in Iraq. In addition to Taif Ewallet, Zaincash announced their arrival last month and telco Asiacel also begun operating their Asia Hawala mobile wallet service.

Mobile wallets work by allowing users to pay and receive money with their mobile phone credit. Depending on which service they sign up to, they are able to pay for items or services through an SMS system. There is no need for a smartphone or bank account.

Iraq isn’t ideal territory for financial institutions with fintech ideas, or even startups. Less than 10 percent of the population is banked, they have the lowest number of ATMs in MENA, some banks can only serve customers at actual branches, and their smartphone penetration is the lowest in the region at 17 percent.

Kanber agha says there is no reason for Iraq to be left in the dust of its neighbors though, as the world moves towards a more digital life.

“A bottleneck is created by cash-on-delivery and it is preventing lots of things from being paid for. There is a need to accommodate the growing use of ecommerce in the country,” he said.

“Financial services in Iraq they to come one way or another, globally the individuals' private economy is going online, if you want to do many things today, pay a bill, buy a ticket, rent a hotel, you need to have a digital means of payment.”

That is where mobile wallets come in and there is optimism in the air.

“We’re in the same position as when mobile operators came on the scene,” said Kanber agha.

“We know people use cash and that financial services are weak but there is a need for a solution.”

Iraq Wallet said in a statement that ecommerce in the region was expected to grow to $200 billion by 2020. As part of their efforts to tackle the bottleneck, the Zaincash partnership has a ‘pay with Zaincash’ button that can be integrated onto ecommerce sites, allowing users to pay for online transactions with their phone credit.

Taif Ewallet, which does not require a specific phone line, is available to download on Google Play and Apple Store but it is yet to get it’s final license approval from Iraq’s central bank.

Zaincash can be used on analogue mobiles, but their app for smartphones, while available for download, can’t be used for another few weeks. This is a partnership of Iraq-based mobile commerce firm Iraq Wallet and the telco Zain Group. Their products are currently only available for those with a Zain mobile number.

Asia Hawala are also a mobile payment system licensed by the Iraq central bank. Iraq Wallet managing director Yazen Al-Timimi told Wamda that the two telcos would shortly be integrated so Asiacel users could use the Zaincash wallet, and Zain users would be able to use Asia Hawala.

Claire Pénicaud Scharwatt of GSMA’s mobile money team wrote in July 2015 that while MENA accounted for less than 10 percent of active mobile money accounts globally, there was momentum to accelerate the development of mobile money services in the region.

It’s easy to see examples outside the region where mobile wallets have worked with the unbanked and with non-smartphone users. M-Pesa is the Kenya-born mobile payment service that, since launching in 2007, has spread to Tanzania, Afghanistan, South Africa, India, Romania and Albania, as well as several other African countries. No smartphone necessary.

It’s worth noting that within 16 months, M-Pesa (the ‘m’ stands for mobile, while ‘pesa’ is the Swahili word for money) had 3.6 million customers, and the system was adding 10,000 new registrations every day.

Closer to home mobile wallets are not that common.

For mobiles, not just smartphones, and for those without bank accounts, these include Egypt’s TPay and DCB Egypt, and Lebanon has Snapay. Earlier this year Jordan’s telco Umniah launched Mahfazati with the country’s central bank.

Aside from creating more consumers to be gobbled up by the world of commerce there is also the chance of mobile payments being the vanguard for building transparency for millions of people who are otherwise falling victim to draconian corruption.

In 2009 M-Paisa was launched in Afghanistan and suddenly policemen were receiving what they thought were increased salaries. In fact they were finally getting their actual full salaries.

So, fighting corruption and entering into the 21st century, the mobile wallet has many benefits for the end user. “The global economy is going online,” says Kanber agha. “The Iraqi population, just like any other, will eventually need to get integrated into this and they need the means to do it.”