Telcos to the startup rescue? 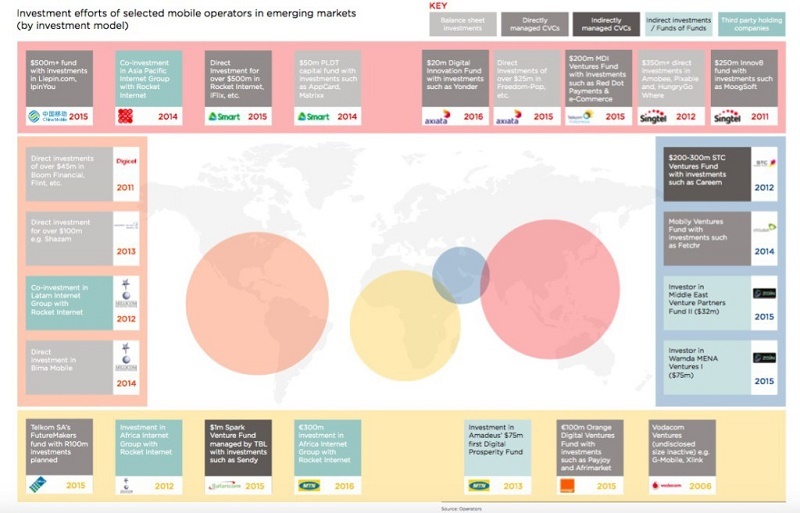 Telcos could be the saviour of emerging market startups, according to a report from mobile industry association GSMA.

They have the money and the inclination to invest in startups, as shown by South African telco MTN that most recently invested in Iran-based startup Snapp. MTN has also proved a willing partner for Rocket Internet’s emerging market endeavours.

GSMA attributes the start of investments by mobile operators in emerging markets to Singtel in Singapore and STC in Saudi Arabia, which launched funds in 2011 and 2012 respectively.

More recently in Africa, operators Vodacom, Orange, and Safaricom introduced investment vehicles in 2015/2016, and MTN and Millicom continue to expand their investments.

Telcos need to get involved

Telcos are often among the largest private technology companies in any country. As such, the GSMA report asserted that the benefits for a startup with mobile operator backing included smoothing the path through regulatory or legal frameworks and bridge gaps, such as identity verification for fintech services.

“In emerging markets, mobile operators are without a doubt the players with the longest reach: even in less-developed markets, mobile phones reach close to 60 percent of the population,” it said. “Beyond this, extensive distribution channels, large marketing budgets, and access to user data, allow mobile operators to drive their subscribers’ usage towards the start-up’s products.”

Nuno Goncalves Pedro, a partner at Delta Partners who co-authored the report, said telcos in emerging markets needed to be more active supporters of their local startup ecosystems.

“To play more actively in the investment arena, not only creates commercial benefits for those involved, but also, from a socio-economic perspective, it can have a number of positive outcomes,” he said.

“The new digital era has raised the bar and it is vital that mobile operators in emerging markets take heed of the opportunities represented by start-ups to avoid being left behind.”