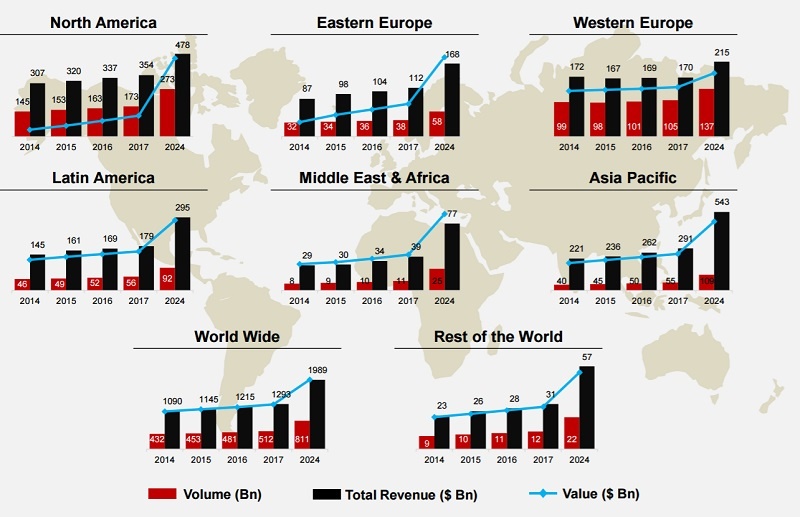 The world of entrepreneurship news is a complex one, with people ever ready to give their two cents on how you should be running your business/VC fund/incubator. Here’s our wrap of what we’re reading on f-f-f-failure, superheros, musicals, and a little something to lighten the end of the working week.

Who else loses from failure? When startups fail don’t deny your first thought is, well that’s sad for the founder but hey, now he/she can tick the ‘failure’ box and go on to bigger and better things. But what about the unpaid employees and the disappointed customers? We know this is something that plays on local entrepreneurs’ minds, because when a startup falls although the founder might be screwed (in more ways that one in business-unfriendly MENA countries), so is everyone else.

Payments payoff in MENA? Momkin. In spite of its illustration of how not to use graphs (yearly rises then skipping seven to your next data point is a no-no in chartland), this reasonably interesting report highlights the potential in global remittances and payments services. Bear in mind the report was commissioned by two payments companies, and if anyone could accurately forecast future trends like this, they wouldn’t be handing it out for free on the internet. But nevertheless, this is not a bad read on the state of this corner of the fintech world.

Technology and banks are uncomfortable bedfellows. It’s easy to bag banks for not jumping on the tech bandwagon, but they’ve got a huge number of legacy considerations to think about beforehand. Two of those considerations are customer trust, and even whether they have the internal capacity to stay up with tech trends. Then again, it’s hard to be sympathetic when certain banks in MENA can’t even put even basic services online.

When your chatbot starts stealing from you… Along with all the other fantastic and terrifying things artificial intelligence is bringing, it will also facilitate cybercrime. Imagine listening to your mother sobbing down the phone asking for help with a lost bank card and the trusted Facebook chatbot saying please pop those credit card details in just once more - we’re really sorry about the hold up! It could be criminals who’ve switched from using lowly paid call centres (apparently these are a thing) to machines which can mimic voices to handle their mundane cybercrime tasks. Creepy.

Wamda of the Week: The Schrodinger’s Cat of design. Industrial designers like Sahar Madanat have to think both inside and outside the box, taking familiar objects and adjusting a detail ever so slightly to make something both outrageously beautiful but also outrageously useful.

Kids these days need some social lessons. Social media, that is. Written by the founder of Hootsuite, this piece struck at our heart. We’ll admit we’ve mocked people who use the label ‘social media guru’, but getting social right these days is really hard. You come into work to find that the kids have allegedly abandoned one platform for another, more intimate one. Or the platform which looked ridiculous but was incredibly popular for five minutes was, in fact, ridiculous (Yo). It all starts to make a university course in social media sound… a little less crazy. Why do you think we have Facebook reps at almost every Mix ‘n Mentor, to explain, over and over again, how to use their service?

The Silicon Valley stage show - can you recognise yourself? You know your industry has a problem when whole musicals are dedicated to mocking you. South of Market is an in-joke filled stage show dedicated to picking apart the worst of Silicon Valley behaviour. This sort of thing would never be possible here in MENA though, would it guys?

Woah. This literally and actually blew our minds. Flying Uber taxis. By 2020. Finally, the flying car is here.