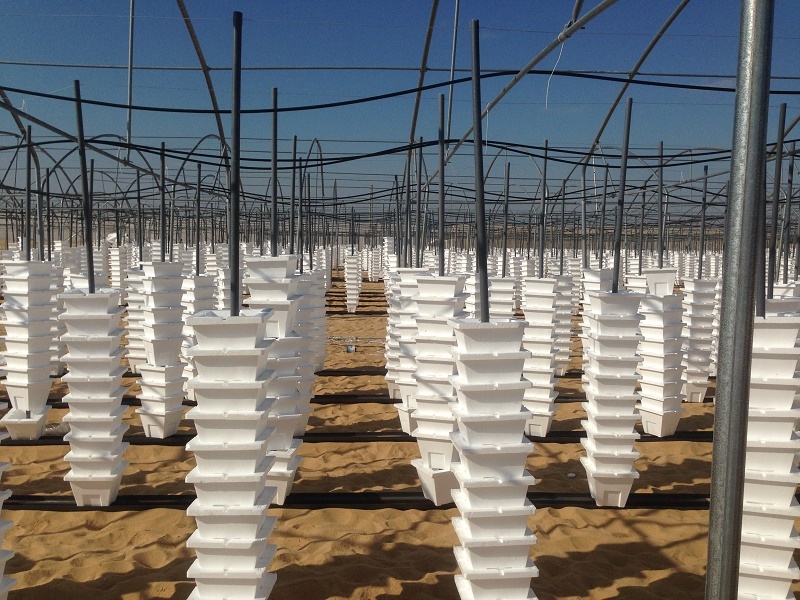 In 2014, Housam Abul-Fotouh was in the Sinai desert building 72,000 square metres of greenhouses.

He and cofounder Mohamed Ibrahim had started their urban farming startup a few months earlier, and one of their first contracts was with the Ministry of Agriculture to build 200 greenhouses as part of the government’s ambitious Million Feddan desert reclamation project.

Those greenhouses are gathering dust in the desert as the government is yet to find an investor who wants to use them.

However, it was a raging success for the startup Al Bustani which used it as a launch pad into the business of soilless farming.

Food of the future

The company has jumped on a slow trend in Egypt towards growing your own food. They provide the equipment for soilless urban farming, be it aquaponics, hydroponics or a medium-based setup that uses peat moss and treated volcanic rocks.

“People are fed up with the quality of their food,” Abul-Fotouh told Wamda, giving arugula as an example: you buy it on Monday and by Tuesday morning it’s wilted.

The startup manufactures all equipment locally, but imports the peat moss from Germany.

Al Bustani’s entry into the urban and commercial farming sector has been via government and NGO contracts, with 24 projects to date. Yet since Egypt’s currency crisis forced them to raise prices they’ve diversified into landscaping services as well.

And for the past year they’ve been running a pilot project in an area south of Cairo called El Ayyat.

Funded by local NGO Egyptian Agency for Marketing and Development, the deal was to provide 70 families with 700 raised rooftop farms and for Al Bustani to eventually purchase and market the resulting produce to supermarkets.

About 80 percent of the families are still keen and adding their own touches.

“If you give the people the space to think outside the box, they will come up with new things,” Abul-Fotouh said. “It also gives them the motivation to set up their own system, with crops that we didn’t think would grow, like watermelons.”

Ultimately, Al Bustani wants to develop a sustainable supply of vegetables from the farmers in El Ayyat and by the end of 2017 be selling them to supermarkets that have already shown interest in locally-made soilless food, such as Gourmet and Seoudi.

Al Bustani is a functioning business with five employees but its core is social.

Abul-Fotouh is leery of taking on investment - they’ve been profitable from the very early days and have been able to grow well using their own revenue anyway - because he wants the company to be an open source of information to others who want to test an urban farming business.