Why isn't carpooling working in Algeria? 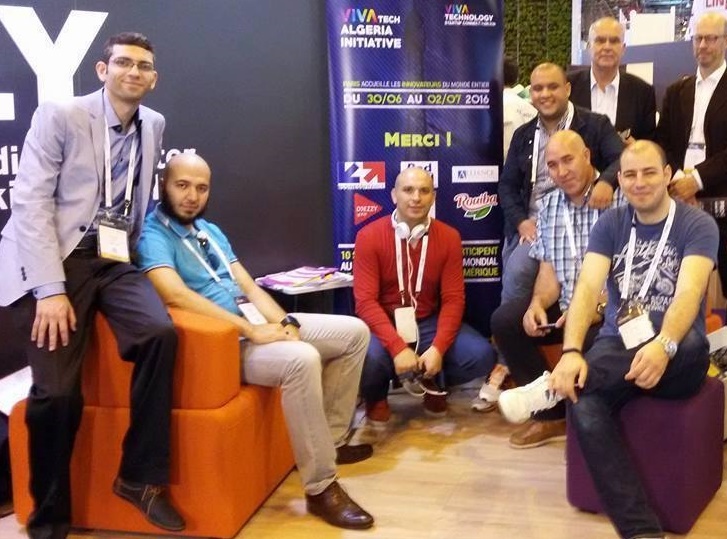 Traffic, pollution, honking - the lack of public transportation is a strain on Algerian cities, one that could be solved if more people carpooled and shared their vehicles.

For several years now entrepreneurs have tried to fix the situation by launching new services, often copied from western successes, but with a few exceptions - the first name that comes to mind is Careem - they haven’t made much of an impact yet on overcrowded roads.

In Algeria, a young startup scene, the number of startups offering carpooling or taxi apps is disproportionately high.

But so far in Algeria, and in MENA, carpooling hasn’t gathered any traction. Why not?

A need for innovation

Because of the lack of public transportation across Algeria, the car is often the smartest option to move around its cities.

“I’ve employees who need 20 minutes in a car [to come to the office]; in public transportation, they’d need two hours. The choice is easy,” said Fouad Chennouf, cofounder of shuttle service Linkibus.

Driving a car comes at a cost though. There’s a financial cost from petrol prices and the highway tolls that will soon be implemented in Algeria. There’s also a problem of comfort as drivers lose a lot of time in traffic or parking, they suffer from the pollution that traffic creates.

Carpooling is not the solution

But while Algerians like the concept in theory, it’s not picking up.

Three carpooling rides were posted in September on Coorsa, a website created in 2013. On the Nroho site, there were seven rides.

Saidani admitted that “carpooling is struggling to taking off”. On Cheetah Car, he said most drivers didn’t get a single booking and that the number of trips posted still hadn’t ticked over a thousand since its launch this year.

“Most Algerian web-users think it’s a good thing to put an end to the ordeal that’s road traffic,” Saidani told Wamda. “Others talk about […] the fear of being aggressed and stolen by strangers.”

On Cheetah Car, like most carpooling services around the world, users can look at their profiles and ratings, and call each other, but it’s not enough to create trust in MENA.

“In Algeria, there are a lot of agressions, kidnappings and thefts. Obviously, [Algerians] are very scared to take people as passengers and vice versa,” Saidani said.

Carpooling also has a bad reputation: Linkibus’ Chennouf said it was also used to “pick up girls”, before saying the intimacy created between three to four people seated in the small car made Algerians uncomfortable.

Carpooling is tricky in the rest of MENA too

In Arab countries, the traffic issue is an urban one. Inter-city transportation is often quite easy throughout the region thanks to the shared taxi system and, in most countries, bus or train infrastructure.

“Carpooling was made to do trips between cities; in Algeria we don’t need that,” said Chennouf.

"Scheduling does not work [in the] inner-city," he told Wamda, because people didn't know at what time exactly they would leave work. "You don't want to commit for 4 euro [if you won’t end up taking the car], it's not worth it."

"Most of the users right now [say they can’t find a ride]. We lose most of our passengers," Halabi said, which is why his priority is increasing the number of rides availability.

The app records 400 rides per day, yet only a handful of passengers find a ride.

In Dubai, the Carpool Arabia team is well aware of those difficulties but chose a different approach: focusing on the daily commute of home to office. They built an algorithm that compares users’ trips to match them based on timing and whether the detour is acceptable for the driver. In the first six months they received more than 7,000 booking requests.

Could these new still-be-proven carpooling models work in Algeria?

“We [Algerians] tried to bring concepts from Europe, as soon as it gets here [it fails]. We have a culture that’s very different,” Chennouf told Wamda.

Lamine Ghemati, the founder of Autopub which allows drivers to make money from displaying ads on their cars, says you first have to understand the problem before thinking of technology.

“Instead of starting from the problems, most entrepreneurs look for solutions [abroad] and try to adapt them at all costs.

Looking at it in that way, adding functionalities to make people feel safer such as women-only carpooling wouldn’t change the fact that carpooling may not be right for MENA’s needs.

What’s working in Algeria are company shuttles that pick up employees at their home.

SMEs don’t have enough employees to put shuttles in place, so some people use other companies’ shuttles to get to work. Linkibus decided to capitalize on this.

On Linkibus, Algerians register their commute and when they have 20 people with similar needs, Linkibus contacts the employers and connects them with a bus to create a shuttle line. The first one will open soon.

He’s not the only one to think the answer will come from companies. Cheetah Car’s Saidani believes “companies are getting into it [...]. It contributes to an improvement of social climate among  employees, of [business place] accessibility, a valorisation of the company’s image, a reduction of costs, of trips’ impact, of parking slots, and mostly of their environmental footprint.”

But working with middle to large size companies comes with its lot of challenges too. Complex negotiations, slow processes, bureaucracy, payment issues - this might not be the easier road.