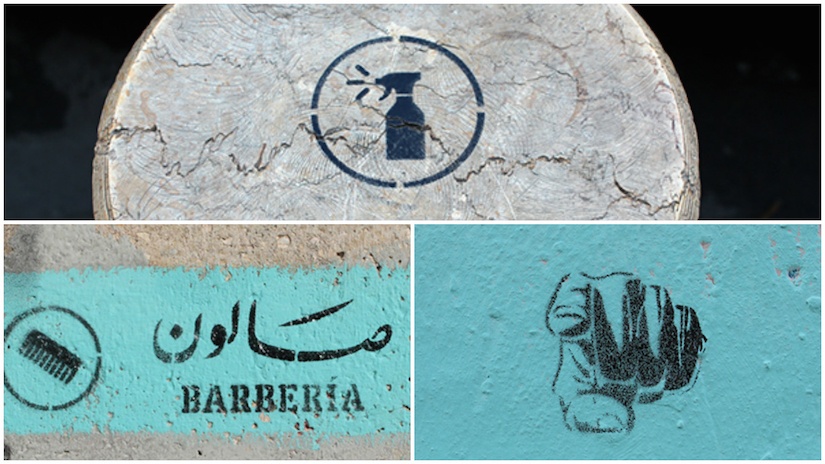 When graffiti artist Mike Derderian paints Amman’s walls, he feels the city beneath his fingertips. He is determined to merge his individual work with developing Amman’s visual identity for a greater social good.

As an organizer of graffiti project Baladk and the founder of Fada 317, a street art studio, his projects focus on beauty as an added value to a city.

Derderian is not alone in his effort to introduce art and design as a means for Amman’s social and urban development.

According to Sabbagh, streets host most people’s interactions so if it does not communicate or react to the people through signage, architecture and public space, how are residents expected to feel a sense of belonging?

“When you see a pedestrian crossing that is unconventionally designed, you interact with the space more actively,” said urban designer Dana Halasa.

Halasa worked on reinterpreting pedestrian crossings and enhancing the walkability to and from three different nodes of Amman Design Week, which took place last month. Her project aimed to raise awareness on pedestrian safety.

But what matters most is the effort put in creating something beautiful and functional out of nothing, said Mohammad al-Asad, the founding director of the Center for the Study of the Built Environment (CSBE) in Amman. The architect believes that urban art and design increases the inhabitants’ sense of belonging and responsibility to the place. An example of this is the outburst of urban art initiatives during the Arab Spring when graffiti and urban installations became a broadcasting channel and a means to reclaim the city.

“People became more responsible towards their city after they felt that they can influence the decision making process,” said al-Assad.

Although al-Assad appreciates all social initiatives that are becoming more prominent in Amman, he is worried about their long term effect and sustainability. If there is no collaboration between content creators, activists, or entrepreneurs, and institutions, it is often hard to move forward.

According to al-Assad organizing and regulating urban initiatives to ensure sustainability is crucial for a positive change.

Ali Almasri believes that urban design also reflects and creates cultures. Almasri is the cofounder of Wajha, an independent social initiative that uses design to rebrand shopfronts for free.

The concept is based on representing the people’s mood, language, history, and context through signage. Relevant signs allow passersby to interact with a collective visual identity, which then leads to the development of their own identity and relation to the space, said Almasri.

Utilizing forgotten buildings in the city is another way to make people further understand and think about their spaces.

“It is not about adding to the city as much as absorbing what already is there; to work with the residue, or with the negative spaces, the holes, the spaces in-between,” explained Dina Haddadin.

She's the curator of the Crafts District at Amman Design Week which took place in the Raghadan Bus terminal, an abandoned newly constructed structure that has been empty for the last 10 years.

Feature image is graffiti by Mike Derderian and Algerian artist Adel Bentounsi, seen in image. (Image via by Zakarian Studios)